MadEats, a Philippines-based cloud kitchen business, has received US $125,000 in investment from Y Combinator, a Silicon Valley-based startup incubator.

MadEats, a cloud kitchen company based in Manila, is the first to be selected for the renowned programme.

Villareal, Andie Cruz (CMO), and Keisha Lao (CPO) — all of whom have worked in the food and beverage sector throughout their careers – founded MadEats in November 2020.

It’s an on-demand delivery-only restaurant chain that creates culinary ideas, accepts orders through its virtual shop, and delivers with its fleet of riders.

Villareal, Andie Cruz (CMO), and Keisha Lao (CPO) — all of whom have worked in the food and beverage sector throughout their careers – founded MadEats in November 2020.

The company will soon launch its fourth concept focused on coffee. “We will launch high-quality coffee at affordable prices (Dot Coffee) and smash burgers, which are big competitive food categories in the Philippines,” Villareal said. The objective is to open five delivery-only brands by year-end.

Consumers will be able to order items and have them delivered to their homes using the foodtech startup’s mobile app.

“We hope to build the underlying infrastructure of ghost kitchens in Southeast Asia by creating products that are engineered specifically for delivery that can scale much faster with the help of technology,” Villareal shared.

In the near future, MadEats will expand its cloud kitchens across the Philippines.

“So far, well over half of our revenue comes from our madeats.co platform. We hope to expand our operations to different areas in the Philippines by the end of the year and expand to other regions in Southeast Asia in the next few years. By integrating tech into all facets of our business, the focus of MadEats is to add value to the customer’s experience,” the CEO remarked.

The Philippine food supply market is developing rapidly (~48 per cent Y-Y-Y) and will reach US$8 billion by 2025 at its fastest in Southeast Asia. The pandemic is primarily attributable to this increase. With several major cities in the country still locked and dine-in services re-start unclear, people choose to buy meals online and have it delivered home from home.

When compared to fast-growing economies such as the United States, the Middle East, and India, as well as neighbouring Singapore and Indonesia, the cloud kitchen sector in the Philippines is still in its infancy. When GrabKitchens launched in 2019, it was the first to introduce the cloud kitchen idea. Grab has subsequently constructed other kitchens, some of which are co-branded kitchens in which smaller businesses build the kitchen and Grab manages the digital front.

Kraver’s Canteen (which seeks to assist companies to understand the various ways cloud kitchens can be utilised to expand their brands) and MadEats are two more virtual kitchen startups (which are more geared towards the development of private label brands). 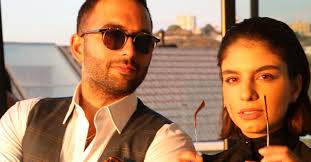