New Delhi: Real money gaming platform WinZO Games has raised Rs 69 crore or $9.5 million in debt round from Courtside Ventures, Makers Fund, and The Stuart Partners. This comes seven months after the Delhi-based startup raised $18 million risk capital in its Series B round.

WinZo has approved the allotment of 361,643 convertible debentures at an issue price of Rs 1904.5 per debenture to raise Rs 69 crore to Courtside, Makers Fund, and The Stuart Partners, regulatory filings show.

Singapore-based Makers Fund and US-based Courtside had led WinZo’s Series B round in September last year. Makers Fund and Courtside have invested Rs 36.25 crore and Rs 18.12 crore, respectively. The new investor The Stuart Partners has put in the rest amount in this debt round.

The filings further reflected that WinZo would use the proceeds for paying off the proposed buyback of equity securities. According to sources, the debt round will be utilized to offer exit to its early backer – Hike. After its recent pivot, Hike had entered the gaming space with a new product called Vibe.

Since Hike is now a direct competition to Winzo, the company is offering an exit to the Tencent and SoftBank-backed unicorn. Sources emphasized that Hike will completely exit from Wizo soon.

The four-year-old startup floated by Paavan Nanda and Saumya Singh Rathore, the platform hosts multiplayer games across categories such as Casual, Card, Action, Esports, and Battle Royale from third-party developers and is available in 12 languages.

With over 25 million registered users on the platform, WinZo claims to clock over 1 billion micro-transactions every month. 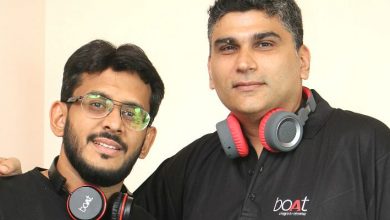 boAt raises Rs 440 crore funding in Series B round