New York: Cresilon, Inc., the Brooklyn-based biotechnology company, announced today the successful close of its Series A-3 financing, totaling $38.5 million. This financing is expected to allow the company to aggressively accelerate its global growth plan and expand the rollout of VETIGEL®, its revolutionary hemostatic gel for the animal health market. It should also help Cresilon significantly increase production capacity at its state-of-the-art biomanufacturing facility in Brooklyn’s Industry City.

“We greatly appreciate the support of our investors and their continued belief in Cresilon’s vision,” said Joe Landolina, CEO of Cresilon. “This round of funding will drastically impact our ability to execute even more rapidly and broadly by expanding our product launch globally.”

The financing builds on a series of exceptional recent developments for Cresilon including the initial commercial launch of VETIGEL and key executive appointments. Cresilon plans to increase revenue by expanding the customer base of VETIGEL and dedicating resources to its first human market product launch.

“Cresilon is now extremely well-positioned to continue the global rollout of VETIGEL while at the same time investing into FDA clearance for entry into the human trauma market,” Landolina added. “This is a very exciting time for Cresilon as we continue to pursue our mission of saving lives.” 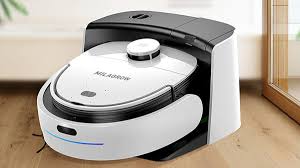