Incubees is carrying out a series of interviews with Col Sunil Prem, he currently owns 3 start-ups. To read the first interview, visit: https://incubees.com/navyug-indias-top-tech-based-company-owned-by-col-sunil-prem/

Pioneers in providing comprehensive training infrastructure to counter Improvised Explosive Device (IED) menace in our country and equipment for detection and disposal of IEDs while understanding the operational and training requirements of security forces well and have a deep desire to contribute meaningfully to their operational preparedness and effectiveness by providing them with highly customized training aids.

Incubees: Tell us about the counter IED products and services you offer at Arnima Ventures LLP (AV-Energies.com)?

We therefore provide security forces with the entire range of solutions for counter-terrorism, counter-IED, and NBCD. These include:

Incubees: Tell us about the training infrastructure you provide to counter improvised explosive devices (IED)?

Col Sunil Prem: As mentioned earlier, an Improvised Explosive Device (IED) is a lethal weapon that can take any form, shape or size. It can be fabricated from easily available household items, by using commercially available chemicals and items, and also by using military ordnance obtained by illegal means. Therefore, to train on countering an IED, you must train yourself on each aspect of this vast range.

So, some of the training infrastructures which a basic Counter-IED or refresher training would require are the following, all of which Arnima Ventures provides:

Besides this, we also provide training booklets that instructors can use to train security personnel and to also set them various quizzes, exercises and exams.

Incubees: What are your thoughts on the increasing IED blasts being reported from some parts of the country and how has AV-ENERGIES contributed in combating IED blasts?

Col Sunil Prem: Arnima Ventures LLP (AV-Energies.com) was formed in 2009, and since then, we have been at the forefront of the fight against terrorists and IEDs in India. You can guess this from the fact that today, practically every major Indian defence and security organization is our client.

Some of our notable achievements include:

For example, we helped our CRPF set up the Institute of IED Management after the dastardly Dantewada incident, in which 76 Paramilitary personnel lost their lives. However, today, the CRPF has these insurgents on the run, and is also training other countries’ security forces in managing terrorism and insurgencies in their countries. We are really proud of the part that Arnima Ventures LLP has played in making this possible.

Incubees: How did you come about this purpose of launching a company that counters Improvised Explosive Device (IED)?

Col Sunil Prem: Arnima Ventures LLP was born of the passion to promote Make in India at a time when very few were even thinking about this. In 2009, when we started, most of the Counter-Terrorism and Counter-IED Training infrastructure in India was provided by foreign firms with India offices. Most of the solutions those days were imported.

Firstly, this equipment and solutions did not provide our security forces with India-specific requirements. Every country’s problems in counter-terrorism and counter-IED are different from those of others. This applied to India too. So, the reason for Arnima Ventures was to provide Indian solutions to solve Indian needs.

Secondly, importing Counter-Terrorism and Counter-IED infrastructure is not practical and viable from the effectiveness, efficiency, cost and maintenance perspectives, just imagine that equipment is needed urgently to solve an urgent situation, and it has to be imported! Is that even practical? Also, every time an imported solution or equipment needs maintenance or servicing, a technician must travel from overseas, stay in India, do his or her job, and then go back. Isn’t that extremely expensive? Isn’t that also extremely impractical in terms of the time and effort that it takes? So Arnima Ventures LLP set out to solve this problem.

Besides this, we also felt that India had been fighting terrorism and insurgencies since even before our independence in 1947. So, as a country, we practically had over 50 to 100 years of experience in doing this. So, we felt that there should be an Indian company which should provide these services and since the top management of Arnima Ventures were all seasoned Armed Forces professionals, with decades of experience each in Counter-Terrorism, Counter-Insurgency and Counter-IED operations, we felt that we had the required capabilities to provide such solutions. For example, I have taken part in such operations in Punjab, J&E and the North East for over 20 years.

I think that our premise was correct, because today, Arnima Ventures LLP has contributed considerably to the country’s efforts to indigenize these capabilities.

Incubees: Tell us about the IED open circuit mechanism models?

Col Sunil Prem: IED Models come in all sorts of shapes and sizes. They are practically limitless because terrorists over the years have used a huge variety of everyday items to conceal and camouflage IEDs.

However, broadly, Counter-IED models are divided into 2 categories from training:

Open-Circuit IED Models aim to train Counter-IED professionals on technical aspects of IEDs. An ‘open’ circuit model provides a look ‘into’ the various components and technologies which comprise an IED. They provide a glimpse into the internal designs of IEDs. Some of these models could be in the form of ‘mechanisms’ which terrorists use, for example, pull, pressure and release mechanisms, time-based initiators, remote initiators, and so on. Other models are ‘cut’ models, which provide an internal view of IEDs to security professionals so that they can learn how to prevent, detect, identify, diffuse, dispose or destroy these IEDs.

For better training value, each Open-Circuit IED Model comes with a detailed write-up, which provides information about all aspects of Counter-IED related to it – that is, how to prevent, detect, identify, diffuse, dispose of or destroy such a mechanism.

Application IED Models, on the other hand, are models of actual bombs/IEDs which terrorists and insurgents have used or which they might use in the future. For example, you have application models depicting the bomb which ‘shoe-bomber’ Reid tried to set off in an airplane, the cooker bomb used in the Sarojini Nagar blasts in New Delhi, the ‘magnetic’ bomb which terrorists used to attack an Israel Embassy vehicle in New Delhi, and so on.

Incubees: Is the manufacturing of these equipment’s done in India?

However, many of this equipment also have to be imported, due to IPR (Intellectual Property Rights) issues, since these are currently only manufactured overseas, and are protected by licenses and IPRs. The current ‘Make in India’ initiatives of the government are addressing many of these issues. More equipment is now being developed within India. Arnima Ventures LLP too is in this ‘great push’ towards self-reliance.

Incubees: A strong team is a must for a start-up like AV-ENERGIES Arnima Ventures, tell us about your team and what keeps them going?

Col Sunil Prem: You are right. A strong team is critical for any great company to grow, and we have learnt this in the Armed Forces too. That is why the Arnima Ventures LLP top management team is so close-knit and professional. It is composed exclusively of seasoned, highly successful Armed Forces officers:

Between us, we probably have over 100 years of experience in Counter-Terrorism, Counter-Insurgency and Counter-IED.

Incubees: What would you like to tell the upcoming entrepreneurs trying to make a mark in the industry?

Col Sunil Prem: There is no shortage of opportunities in the Indian industry today, and, in all probability, there will never be. An opportunity only means an existing gap, ready to be filled, or an existing problem, ready to be solved in a better manner.

Besides this, the Indian government is supporting ‘Make in India’ initiatives in many fields. So the opportunities available are even more.

As entrepreneurs, you need to spot the right opportunities, which customers actually need. You must however test your ideas and business models before going the full hog. If the idea or the business model itself is flawed, then nothing can make that business run. By testing an idea and getting genuine people to pay real money for what you are doing, you eliminate your risks and save yourself from spending time and money on needless things.

Apart from that, what matters is operationalizing your ideas. That is where the real challenge lies. Ideas are like clouds in the air. They look concrete, but they disappear in no time. Once your idea is tested, you must operationalize it. For that, you need a knowledge of business management, a good team, resources, and lots of work. If you are passionate and mission-driven, then you enjoy the work that goes into building your business. 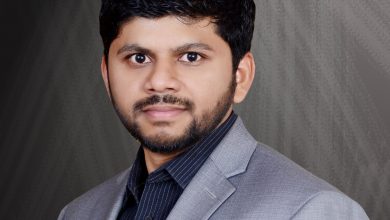 Draw a vision map for your business and stay focused on it: Parvish Kamat