Bengaluru: The ePlane Company, an aerial mobility firm focused on urban travel, has raised $1 million (around Rs 7.3 crore) seed funding from a clutch of investors.

The round in IIT Madras-incubated The ePlane Company has been led by Speciale Invest and Indian-American entrepreneur and investor Naval Ravikant. Other participants in the round include Java Capital, FirstCheque.vc, and IIM-Ahmedabad’s CIIE.CO.

This development comes around three months after the company announced it had raised an undisclosed amount in a seed round led by Speciale Invest, with participation from CIIE.CO and ShareChat co-founder Farid Ahsan.

The ePlane Company was set up in 2017 by Pranjal Mehta and Satya Chakravarthy, who is a professor at IIT Madras. It is developing and building vertical-take-off-and-landing electric planes that can be used for small door-to-door commutes.

The firm will use the capital raised in this seed round to build out its engineering team and intellectual property, as well as show early product demonstrations this year. 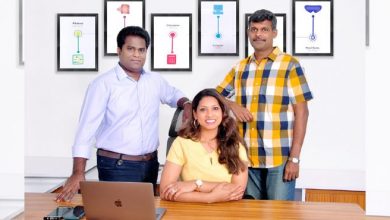 Practically raises $4 Mn to expand its footprint across India