Several individuals, who are the early backers of Adyen, Nubank, and Revolut, besides an unnamed Indonesian retail giant also participated.

According to BukuWarung, this round has generated more money than its previous Y-Combinator demo day round.

With the fresh capital, BukuWarung seeks to expand its technology and product team in Indonesia, India, and Singapore, besides launching new products and features. It also aims to launch this year monetization products such as credit and double down on enhancing its payments solution.

Founded in 2019 by Chinmay Chauhan and Abhinay Peddisetty (former executives at Carousell and Grab), BukuWarung is an app for micro-businesses to improve the bookkeeping process by helping them track daily transactions, including cash flow, credit, expense, and sales.

“In the absence of a UPI-like solution in Indonesia, we launched a digital payments solution for our merchants, which has seen strong adoption and is already processing over US$500M in payment volumes,” said Chauhan.

“We are addressing the gap that exists among Indonesia’s 60 million MSMEs. Despite contributing around 60 percent towards Indonesia’s US$1.1 trillion GDP, we estimate that less than 10 percent of micro-businesses use digital tools to manage their business,” he added.

CoinDCX raises Rs 100 Cr in Series B round 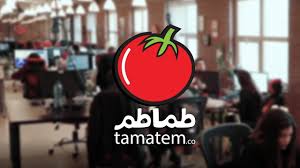